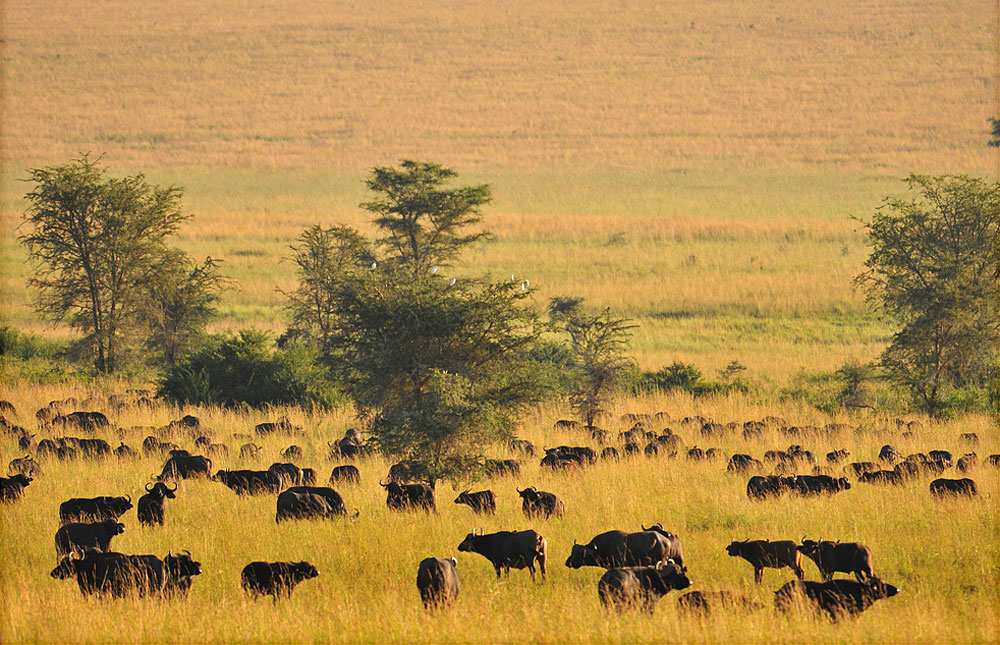 Kidepo valley national park is a home to a number of wildlife with over 77 mammal and over 500 bird species. While on a wildlife safari in this unique ecosystem, one cannot fail seeing animals like the cape buffaloes, lions, zebras, giraffes, African elephants, striped hyenas, African wild dogs and many others. Most of these are seen in the Narus valley, which is the only place in the whole national park with a permanent water source (an oasis).

Some of the wild animals can also be seen while on nature walks around the Apoka camp and the Rionomoe trail.

Kidepo valley national park has a number of birds (over 500 bird species). Bird watching here is usually done very early in the morning or in the evening. Tourists interested in birding can sight birds like the pygmy falcons, vultures, hornbills and many others. Kidepo valley national park is a home to over 500 ostriches that freely move over the open savanna vegetation.

Kidepo valley national park is situated in a semi arid area and the parks vegetation is made up of dry montane forests, dry savanna as well as a number of bare rocks. It’s upon this that the park is described as the true African wilderness. The only place in the whole national park where animals can get fresh pastures is the Narus valley, which has an oasis, and its usually large concentrations of animals are seen.

Kidepo valley national park is neighbored by the Karamojong community which is one community with very unique cultural norms and traditions. The Karamojongs are among the few people on the planet who still strongly tie on their traditional culture. They are predominantly cattle keepers (nomadic pastoralists who move from place to another in search for pasture for their cattle.

They build small houses called Manyattas where they live in extended families. Visiting the Karamojong community and getting to know more about their local traditions offers a great cultural tourism experience and also exposes one of Uganda’s authentic cultures.

The Kidepo valley national park is indeed a very stunning tourist destination and its not surprising that this eco tourism destination has been named among the must visit wildlife destinations in the year 2016. Tourists visiting the park can engage in a number of activities like game drives, birding, nature walks, hiking and community visits to the Karamojongs.

Kidepo valley national park is very diverse ecosystem that is worth visiting by tourists seeking for exclusive experiences because of its diverse wildlife.